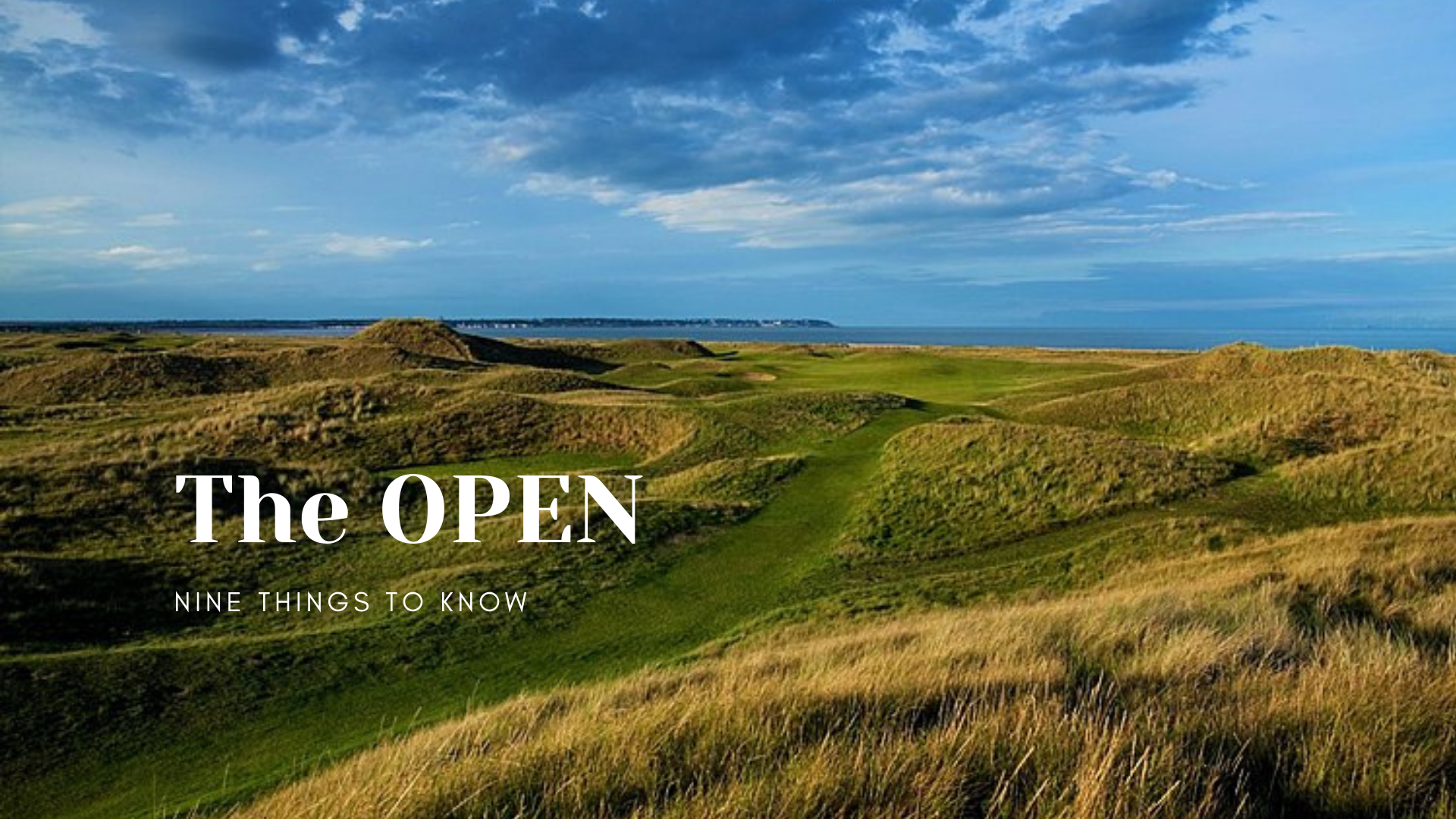 The Open Championship returns to Royal St. George’s this week for the first time in a decade.

It is the 15th time the Sandwich links has hosted The Open. The course will play to a scorecard yardage of 7,189 yards and a par of 70 this year.

Darren Clarke produced an emotional win here a decade ago, winning at age 42 in his 20th Open appearance. He bested Phil Mickelson and a young Dustin Johnson by three shots.

“Pretty amazing right now, to tell you the truth. It’s been a dream since I’ve been a kid to win The Open, like any kid’s dream is, and I’m able to do it, which just feels incredible, incredible right now,” he said in the aftermath.

Clarke lost his wife, Heather, to cancer in 2006 and dedicated the win to her and his two sons. “In terms of what’s going through my heart, there’s obviously somebody who is watching from up above there, and I know she’d be very proud of me,” he said. “But I think she’d be more proud of my two boys … more than anything else. It’s been a long journey to get here.”

So as we return for the 149th playing of The Open, here are Nine Things to Know before play gets underway at Royal St. George’s.

Royal St. George’s made its debut as an Open venue in 1894. It was the first course outside of Scotland to host the championship. While nearby Royal Cinque Ports (1909, 1920) and Prince’s Golf Club (1932) have hosted Opens in the past, Royal St. George’s is currently the only course in the Open rota located in southern England.

The course is situated in the town of Sandwich, which sits in the county of Kent. Sandwich is located a little over two hours’ drive southeast of London and is a little more than a half-hour from the U.K. side of the Eurotunnel to France. The course sits on the coast of Sandwich Bay, north of the Strait of Dover on the North Sea side of England.

Harry Vardon (1899, 1911) and Walter Hagen (1922, 1928) both won twice at Royal St. George’s while Sir Henry Cotton (1934) won the first of his three and South African Bobby Locke won the first of his four Open Championships there. Greg Norman won his second Open off the Kent coast there in 1993.

But the last two winners, American Ben Curtis and Northern Ireland’s Darren Clarke came completely out of the blue.

Curtis was ranked 396th in the world when he pulled off his stunning upset – winning in his first major appearance. As a PGA TOUR rookie, Curtis started the year outside the top 1,000 in the world ranking and only moved inside the top 500 two weeks before The Open started.

After a great stretch of golf around the turn on Sunday, Curtis hit the skids, dropping four shots in a six-hole run on the back nine. But it was still enough to beat Thomas Bjorn and Vijay Singh by a shot.

“I came in here this week just trying to play the best I could and hopefully make the cut and compete on the weekend. Obviously I did that and went out there and probably played the best weekend of my life,” Curtis, a Kent State alum, said after winning in Kent.

Clarke was 42 in 2011 and seemingly well past his prime. But the 200-1 longshot was as steady as they come over the four days and handled everything Johnson and Mickelson could throw his way Sunday.

An eagle on the seventh hole was huge for Clarke. Mickelson got within one early on the back nine. Johnson was within two when he went for the green in two on the par-5 14th, but his chances came to an end when he blocked his 2-iron out of bounds.

3. LOST IN THE WOODS

Tiger Woods’ first tee shot here in 2003 led to the first lost ball of his professional career. He pushed his opening tee shot into the right rough and the sizable crowd was unable to locate it.

“It was a little disconcerting,” Woods said at the time.

He hit the next one into the same rough and walked off the opening hole with a triple-bogey 7 that proved costly. Woods finished two shots back of Curtis and in a tie for fourth.

Woods’ start wasn’t the worst one that week, however. Jerry Kelly made an 11 on the same hole (without losing a ball). A dozen players made double bogey or worse on the opening hole in the opening round.

The famous works of author Sir Ian Fleming have a deep connection with Royal St. George’s. Fleming, the creator of legendary MI6 special agent 007 James Bond, was one of the clubs famous members.

In his 1959 novel “Goldfinger,” Fleming used the course under the name Royal St. Marks. It is the setting of a colossal $10,000 match between Bond and the villain Goldfinger.

In Fleming’s words, you get a sense for his love of the course and the sport. He wrote this about the fictitious Royal St. Marks that is based heavily on his home club: “The first hole of the Royal St. Marks is 450 yards long – 450 yards of undulating fairway with one central bunker to trap a mis-hit second shot and a chain of bunkers guarding three-quarters of the green to trap a well-hit one. You can slip through the unguarded quarter, but the fairway slopes to the right there and you are more likely to end up with a nasty first-chip-of-the-day out of the rough.”

For the record (spoiler alert), Goldfinger cheats a few times in the match but Bond gets revenge with a clever ball switch that once revealed sees Goldfinger lose the final hole and the match.

After the 2011 Open Championship, the course underwent a historical review that led to some significant bunker work ahead of this year’s event.

The infamous Himalayas bunker on the fourth hole had sleepers removed and it was restored to its older, rough-edged look.

“In 2017, thoughts turned to this year’s Open, with the R&A commissioning a report on a few key areas such as the fifth and 18th,” consulting architect Martin Ebert recently told The Quadrilateral newsletter. “The very flat area of thin rough to the left of the fifth was viewed as a weakness of the hole and the old photographs showed that this was a bare, sandy area around the time of the Second World War. That has been restored.”

As for the 18th, Ebert said, “It was decided to reconfigure the two cross bunkers—there were previously three—to produce more options from the tee. … Now there is a dangerous opportunity to take the tee shot on and that, in turn, will allow the flag position to be tucked away at the front left if the R&A want to set the hole up that way.

“The right-hand bunker is still in place but the left hand one has been moved on and to the left to provide a temptation for long drives if the conditions are right. So I hope that there will be more variation of strategy adopted for this key hole.”

With a scintillating 6-under 64 on Sunday, Norman overtook overnight leaders Nick Faldo and Corey Pavin to win by two. It was precision golf against stiff opposition. Eleven of the top 12 players on the final leaderboard either would win major championships during their career.

His 64 gave Norman the record for the lowest final round to win The Open (Henrik Stenson broke it with a 63 in 2016). He was the first Open champion with four rounds in the 60s (four others have since joined him) and his 267 was the lowest winning total in Open history (Stenson’ 264 from 2016 is now the record).

Bernhard Langer, who played alongside Norman that day, said, “He was invincible. It was fun to watch.”

Gene Sarazen, who was 91 when he witnessed Norman’s round, called it, “the greatest championship in all my 70 years in golf.” Sarazen is one of five men to complete the career Grand Slam.

Norman knew he’d showcased the best of his Hall of Fame career. “This means more to me knowing I have beaten great players,” he said. “I never mis-hit a shot. It was like playing a game of chess.”

The life of Thomas Bjorn may have played out a little differently had the great Dane not found the bunker on the right side of the par-3 16th hole during the final round in 2003.

The patch of sand is now named “Bjorn’s bunker” after he needed three swings to extricate himself en route to a double bogey.

Bjorn had a two-shot lead after a birdie on the 14th. Up ahead, Curtis continued to stumble. A bogey on 15 cut into Bjorn’s lead, but his stumble on 16 and another bogey on 17 led to a heart-wrenching collapse.

It wasn’t Bjorn’s first run-in with a bunker that week. In the first round, he was penalized two shots for striking the sand in anger after a fluffed chip. The two-shot penalty led to a quadruple-bogey 8 on the 17th hole.

Bjorn tied for second with Vijay Singh, a single stroke behind Curtis.

“It was an expensive mistake. You have to be totally ready, mentally. It came too fast. It was a hard moment. I played wonderful golf, but I let it slip,” Bjorn would say. “I stood on the 15th tee with one hand on that trophy, and I let it go.”

In 1949, The Open Championship could well have gone to Ireland’s Harry Bradshaw if not for a broken beer bottle.

After an opening 68, Bradshaw’s second round was stunted when an errant tee shot on the fifth hole ended up in the rough and inside the neck of the broken bottle. The rules allowed him a free drop but without a rules official to check with, he decided to play it as it lay to avoid possible disqualification.

Bradshaw shattered the bottle as he wedged his ball back into play. He made a double bogey and two days later finished tied with Bobby Locke before going down to the South African in a 36-hole playoff.

Royal St. George’s is known for the humps and bumps that send balls bouncing in myriad directions. Perhaps it’s why we’ve had surprise winners in the past two Opens here. At the very least, the course’s quirks frustrate those who think golf should be fair.

“There are a bunch of fairways you can’t hit,” former Open champion Mark Calcavecchia told ESPN in 2011. “There are a few blind tee balls. And it seems like some of the angles, and where bunkers are, are kind of quirky.”

Tom Lehman, the 1996 Open champion, called Royal St. George’s the “most unpredictable” Open venue he’d ever played. Tee shots headed for the middle of the fairway can quickly bound into the rough or take an odd kick into a bunker. Several of the fairways are crowned, deflecting shots away from the center.

Scotland’s Sandy Lyle, winner of the 1985 Open, put Royal St. George’s in a class with Carnoustie and Royal Birkdale as “the beasts” of the Open rota. A combined four players have finished under par in the past two Opens at St. George’s.

“There are no adjoining fairways like a lot of links courses,” Lyle told ESPN. “You get deeper and deeper in to the rubbish. You have to be very accurate in places and it’s not a very friendly course if it is breezy.” 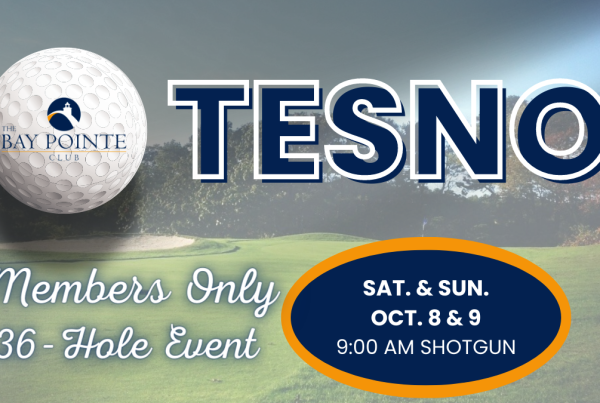 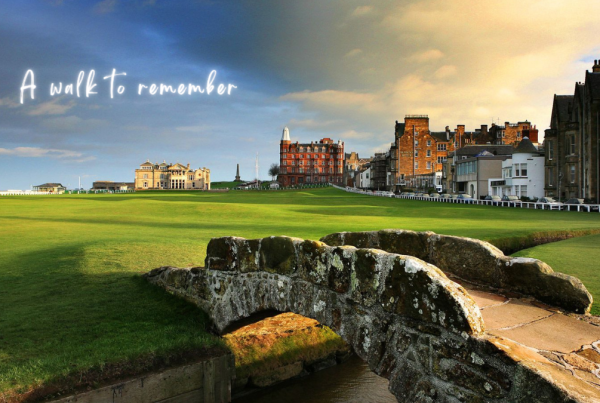